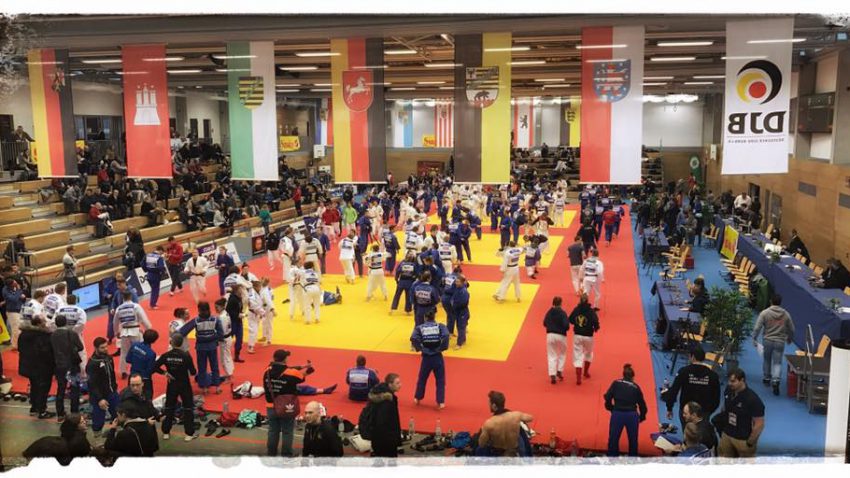 Last weekend the German championships were carried out in Duisburg. For me this is usually the biggest competition during the year and I was happy to be qualified again. 380 competitors were on the mat during Saturday and Sunday; many more than previous years due to new qualification regulations. Also it was the first competition according to the new IJF rules. Saturday Women -48 kg,-52 kg, -78 kg and +78 kg as well as the Men’s categories -60 kg, -66 kg, -100 kg and +100 kg were competing. Sunday women -57 kg, -63 kg and -70 kg as well as the men -73 kg, -81 kg and -90 kg were on the mat. Among the participants many well-known names were present as Dimitri Peters (-100 kg), Andre Breitbarth (+100 kg), Martyna Trajdos (-63 kg), Igor Wandtke (-73 kg) or Marc Odenthal (-90 kg).

I was competing in the +78 kg category where we were 25 competitors. I had a quite good start and could win the first round against the last year’s bronze medalist. Unfortunately I could not repeat the good start and lost my following match against the later 5th place and then also my third match against the later bronze medalist. Especially the second lost was quite sad as I had partly good control, but in Judo things can change very quickly and short unfocused moments can be punished quite hard …especially when you do stupid things J

But summing up the weekend; it was a great competition, with really good opponents. I saw great Judo and after a few days you are able to look at the matches more objectively which gives you the chance to work on your tactics and techniques. And at GJK I have the best prerequisites!

Some words to the new rules: I think the intensions are good and I would also say that it is not too hard to adapt. The fact you cannot sum up the Wazari any longer and that the punishments are not deciding the match after timeout, lead to much more golden score decisions. This on the other hand resulted in longer matches than it used to be. Having more time to prepare an attack especially from the cross-grip situation is, I think, an advantage, but also puts a higher focus on the grip fight and technique preparation.

Thanks to all the people in the club who helped me to prepare for this competition, especially to all the coaches, but also to all the randori and technique partners 🙂 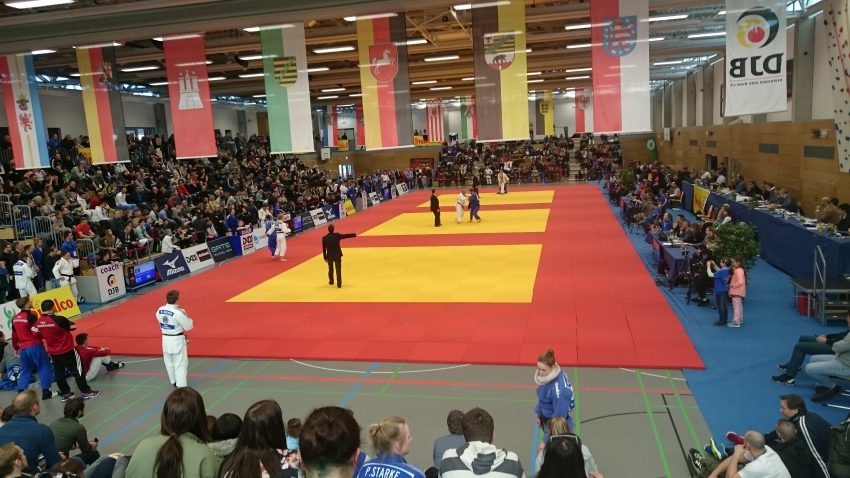 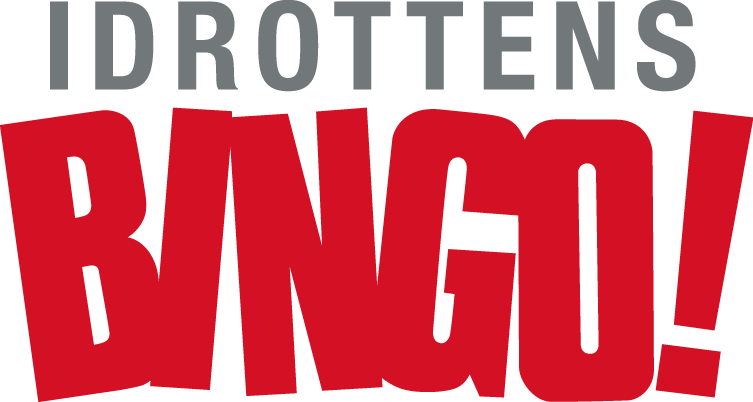 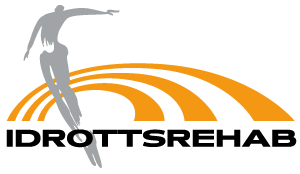 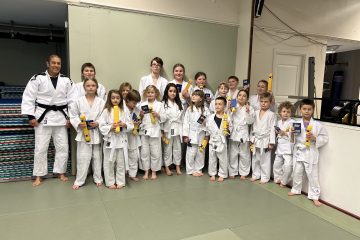